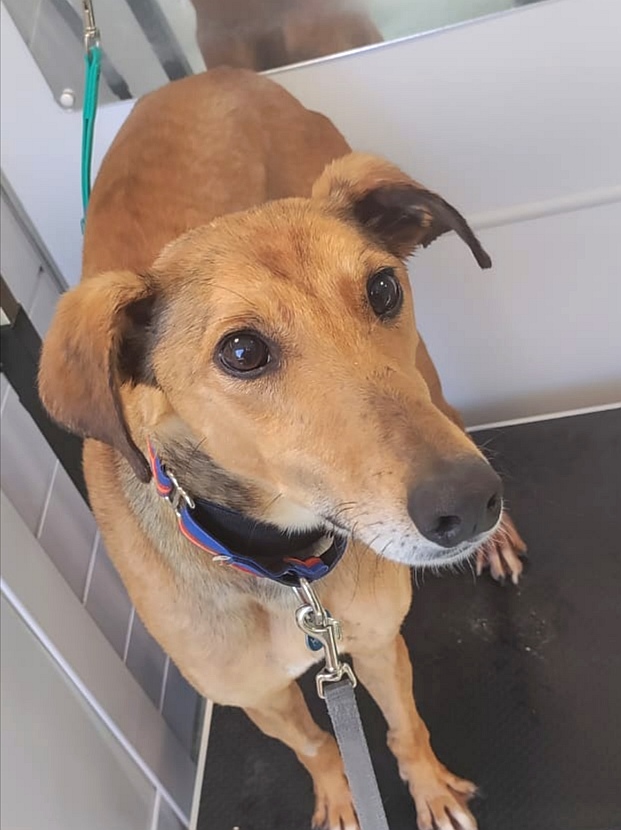 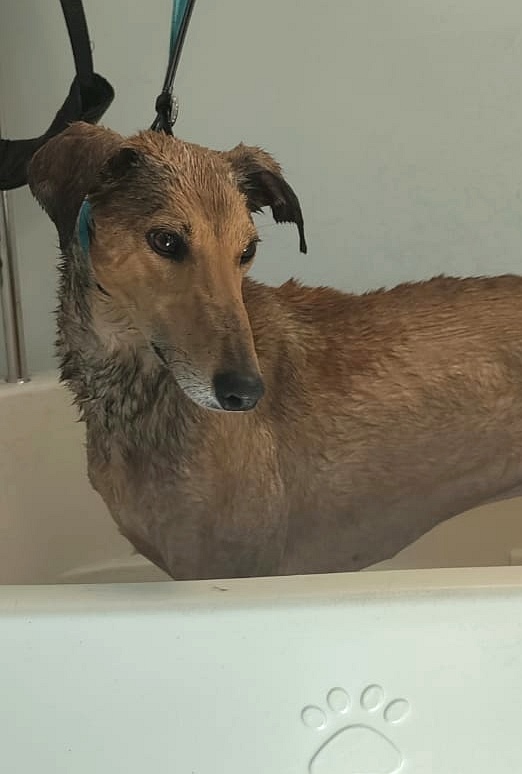 Dom is a beautiful lurcher who is almost 2 years old. He has a larger than life character. He is especially happy when he sees food. He doesn’t have food aggression but can bark a lot when he knows it breakfast and dinner time, and gets quite excited when he sees it. He could live with another dog, but that dog would have to be prepared to concede in a lot of the playtime, Dom can be very exuberant in play. He is good on the lead but very aware of his surroundings so a quiet setting will suit him. He does not like cats, and can’t live near livestock or little furry ones that he could chase. He would like someone that would be around to give him plenty of interaction, he really bonds with and relies on his carer, when he feels safe he is not worried and more independent. He still needs work on his toilet training but he’s getting much better. He is an active dog, always ready to go out on his walks but also loves the comfort of his bed. He will give his full attention to whoever becomes his person. He has a very loyal nature. They are very fond of him at the kennels, he is the first one to be seen in the morning lying in his bed waiting to be brought out and happy to greet you with a big wag of his tail and maybe a little bark to say hello.
Dom can be vocal to express himself, he does bark with anyone new, this is down to a little insecurity which he tries to cover up by being noisy.
Dom is neutered, microchipped, vaccinated, worm and flea treated.

Check out these other Greyhound/Lurchers for adoption 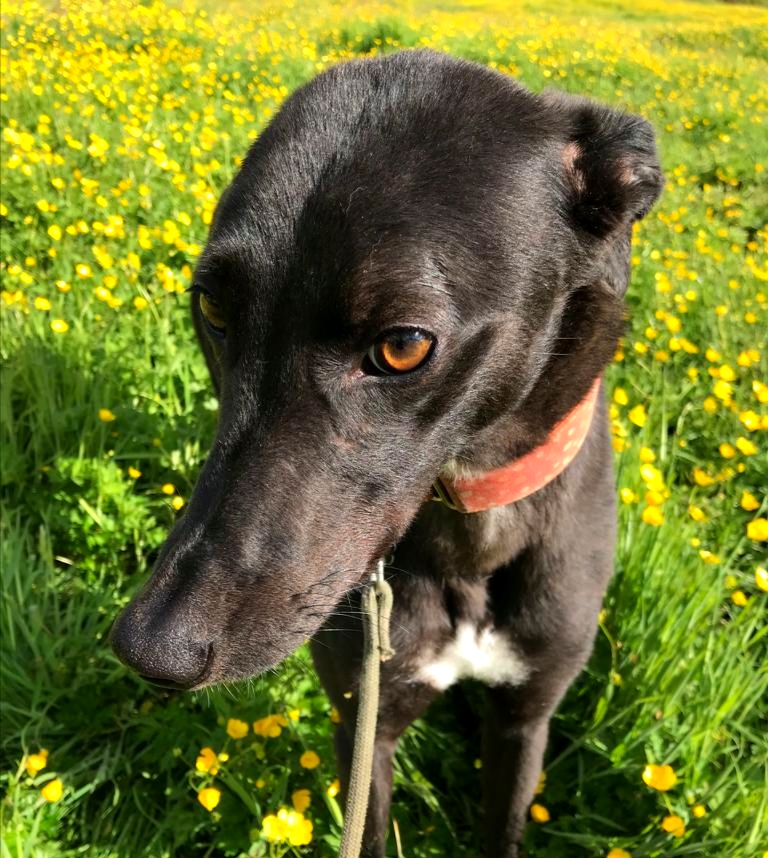 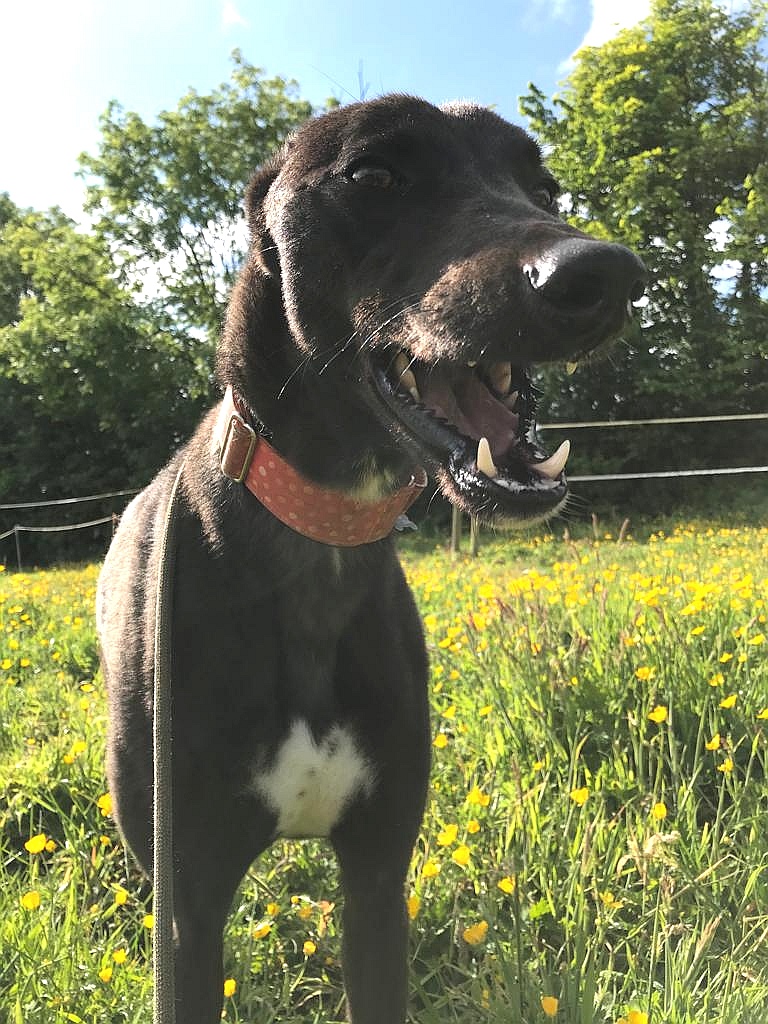 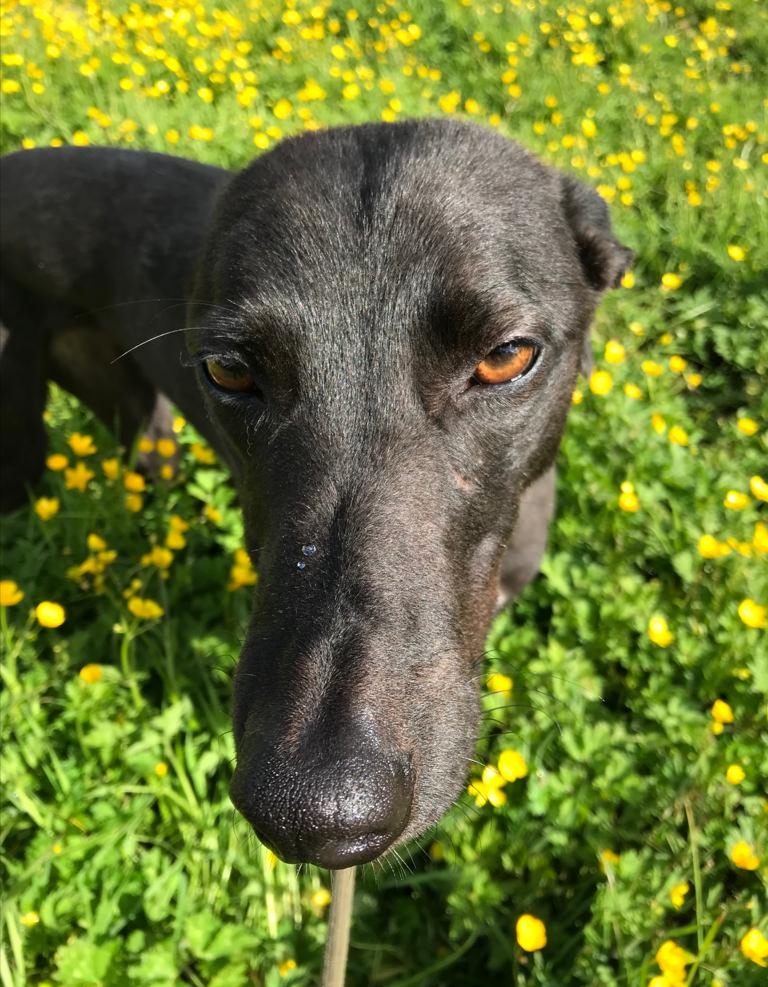 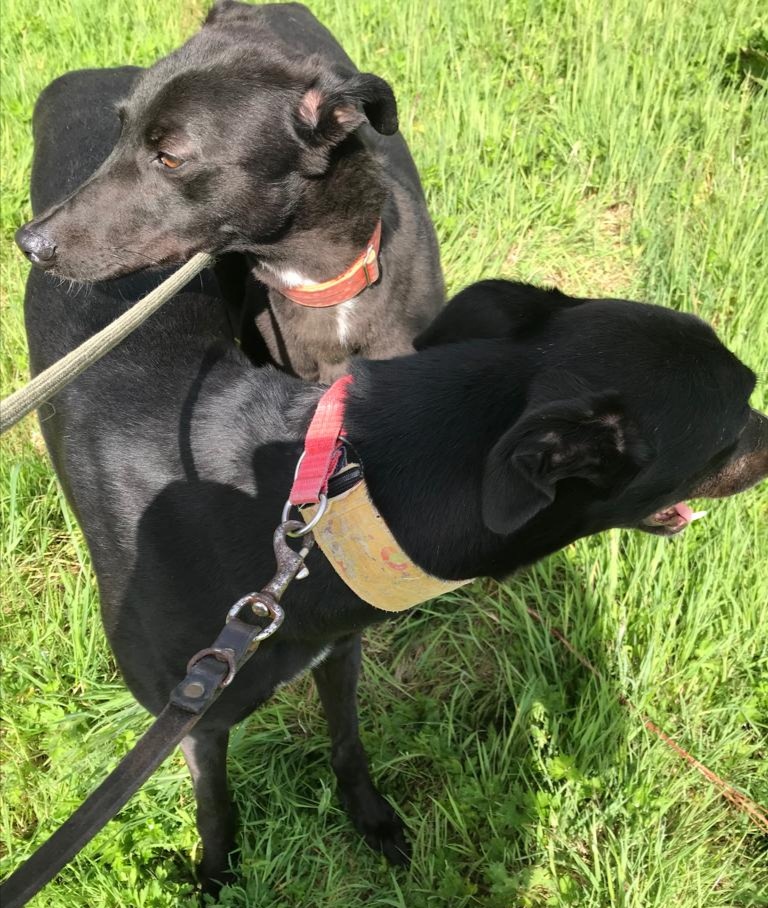 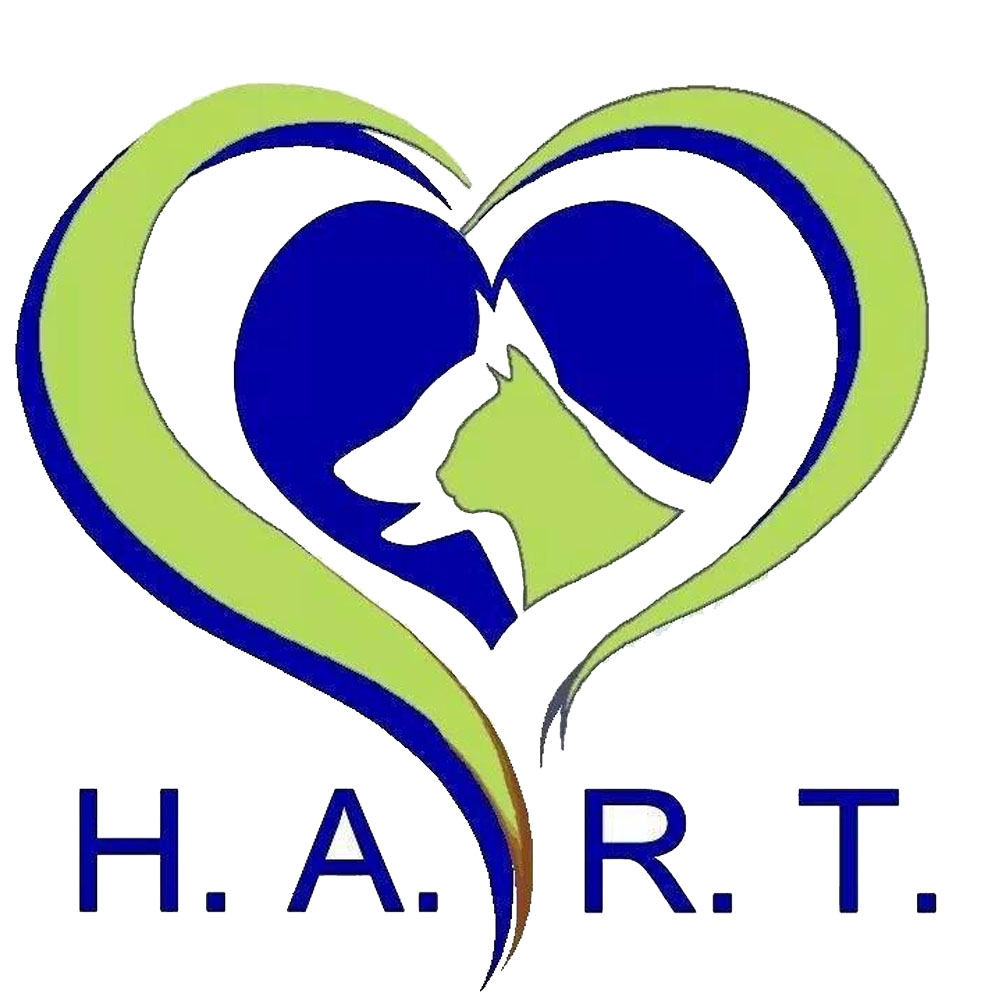 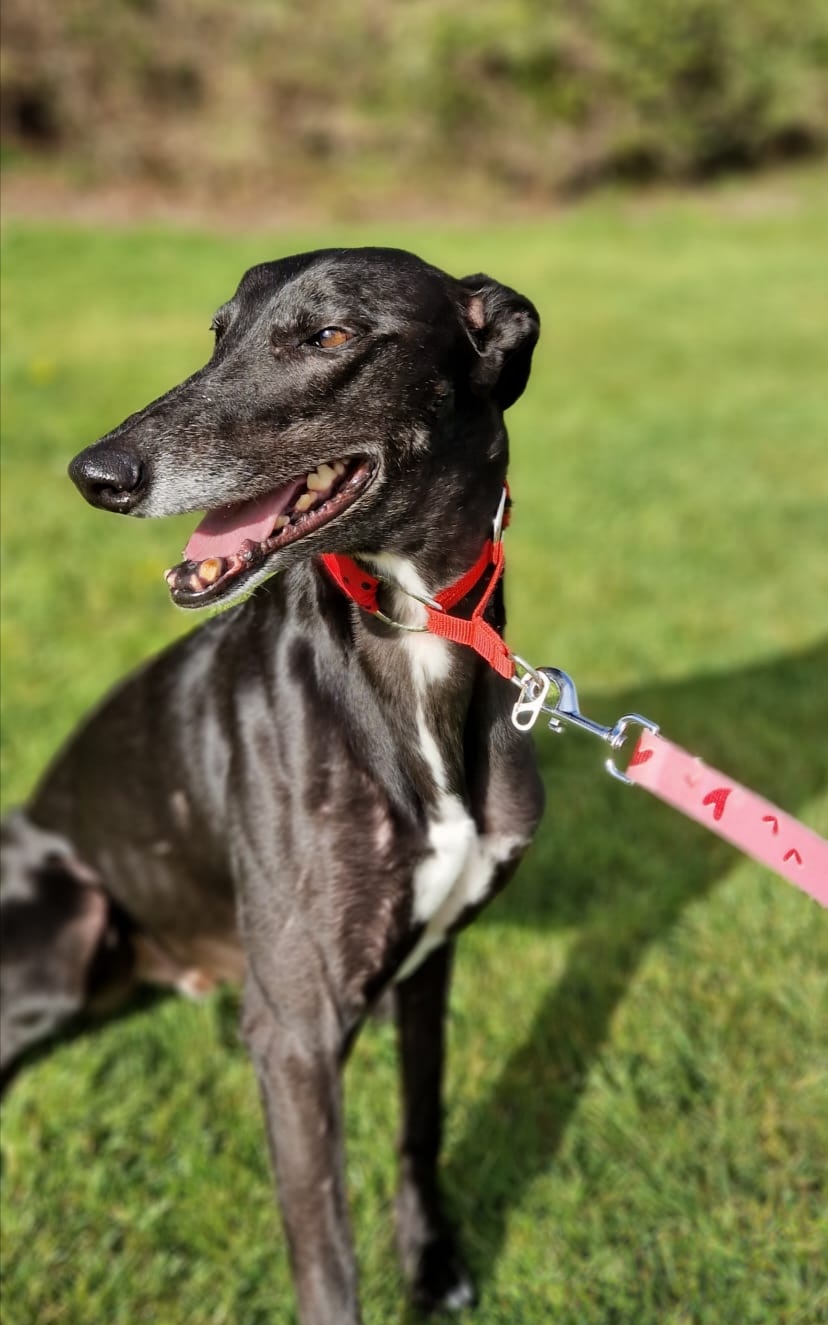 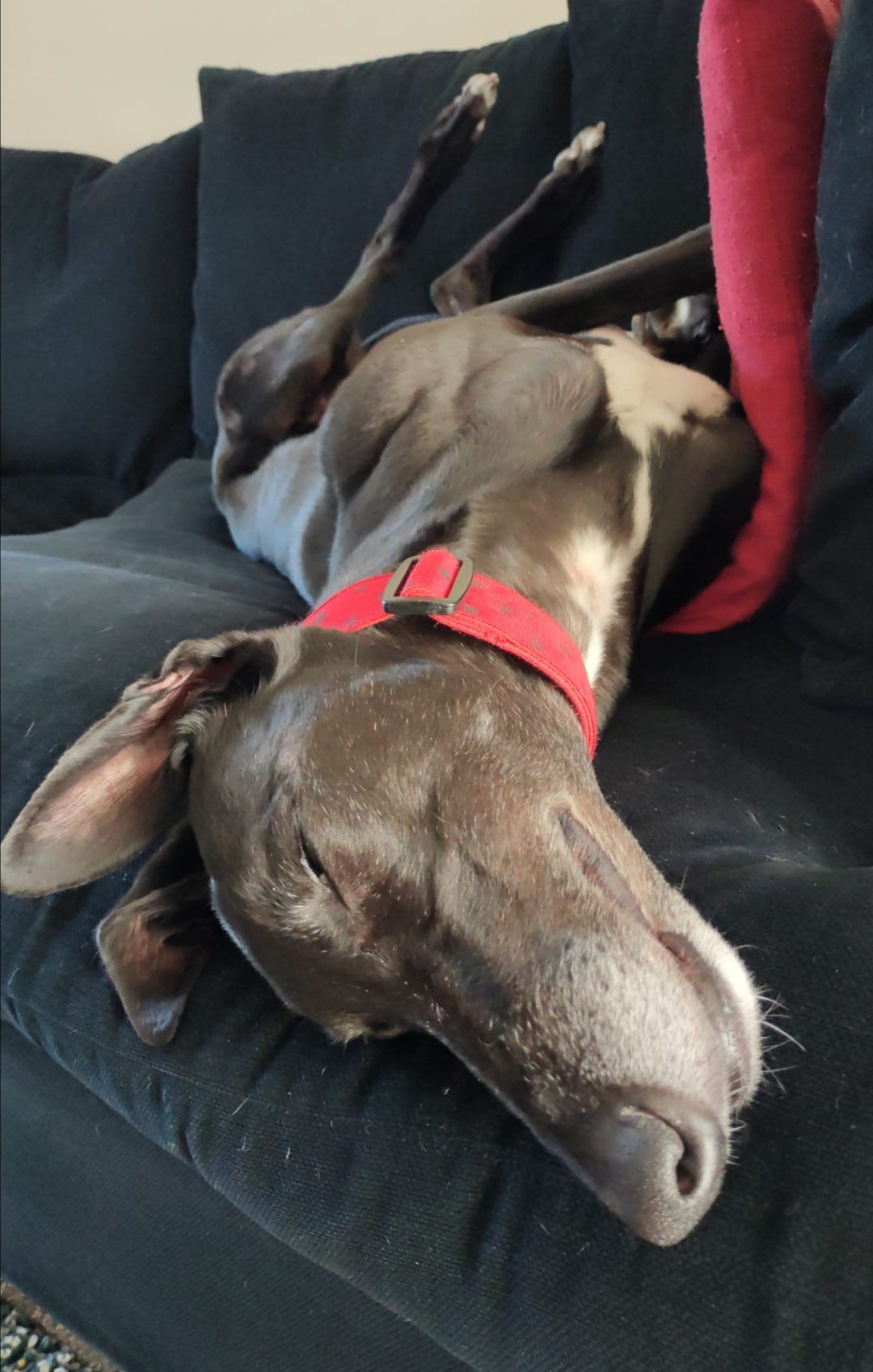 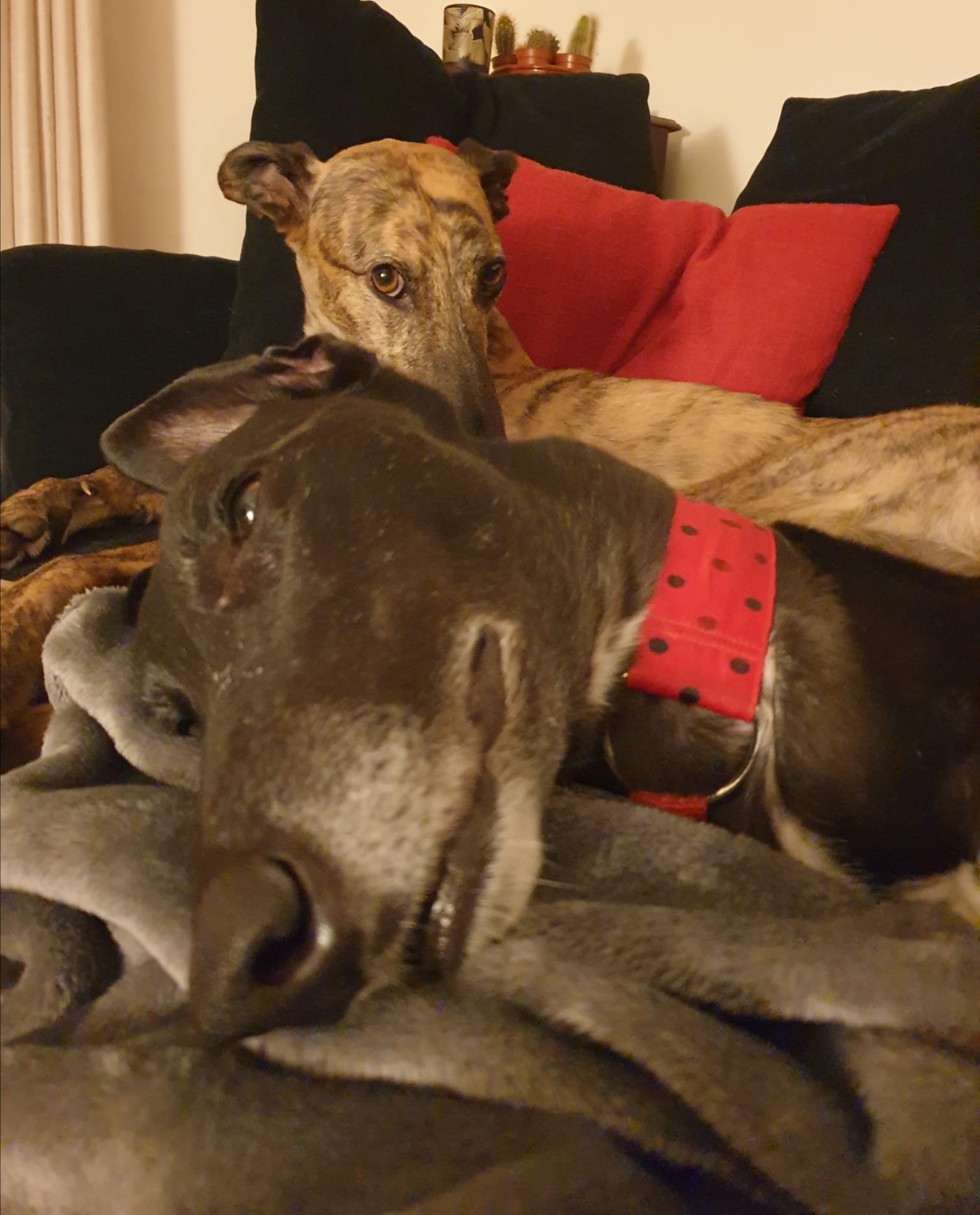 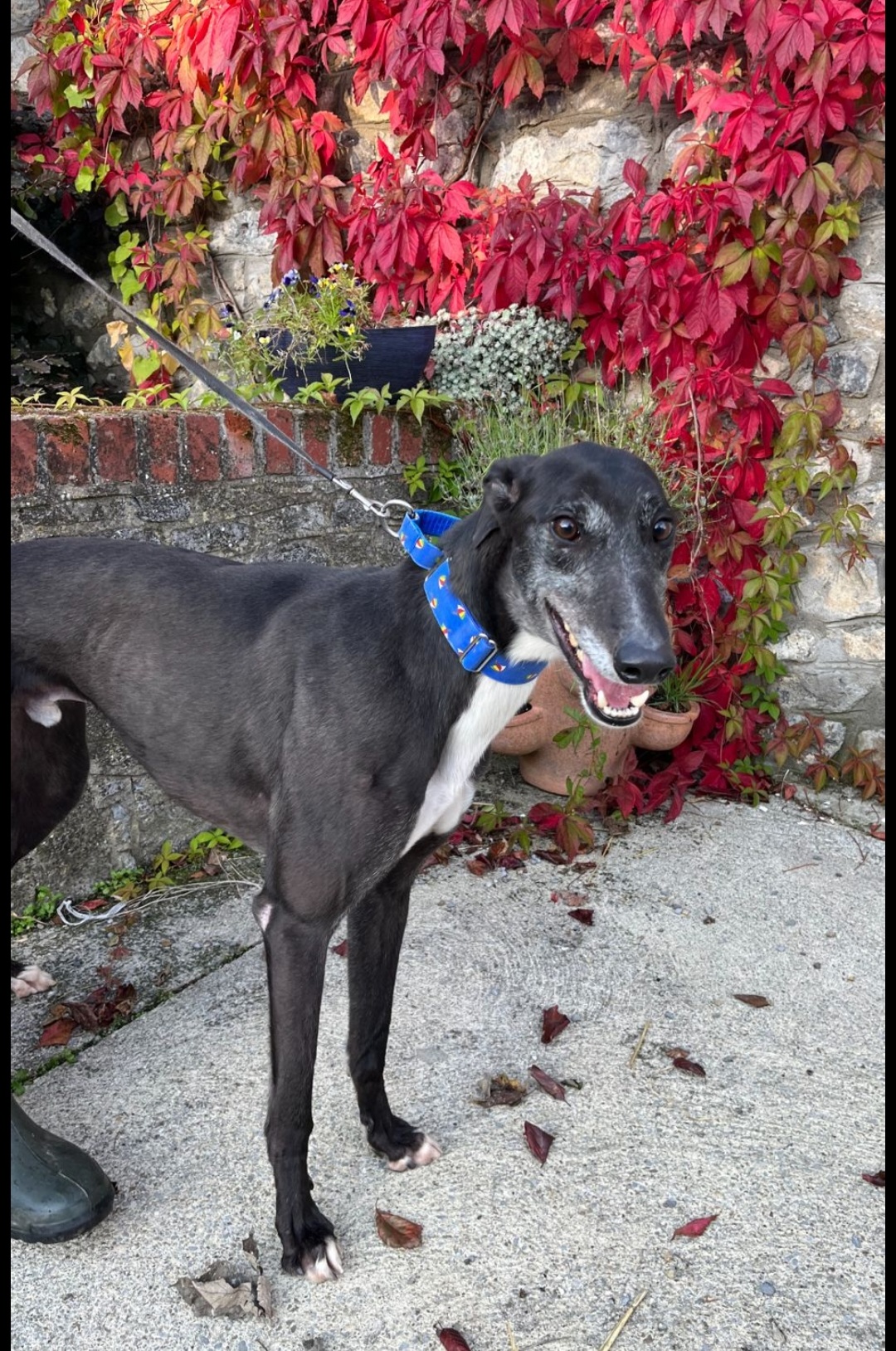 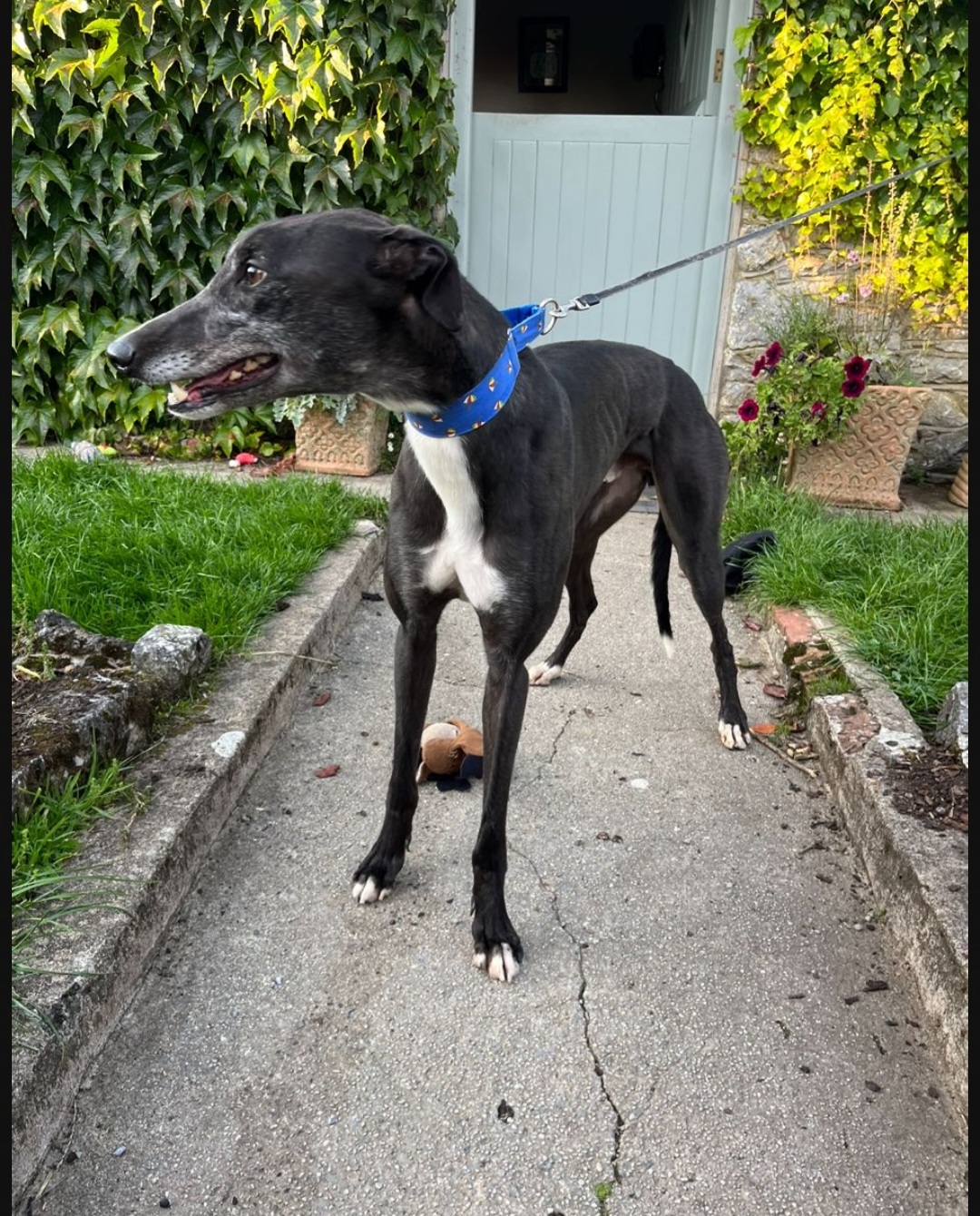 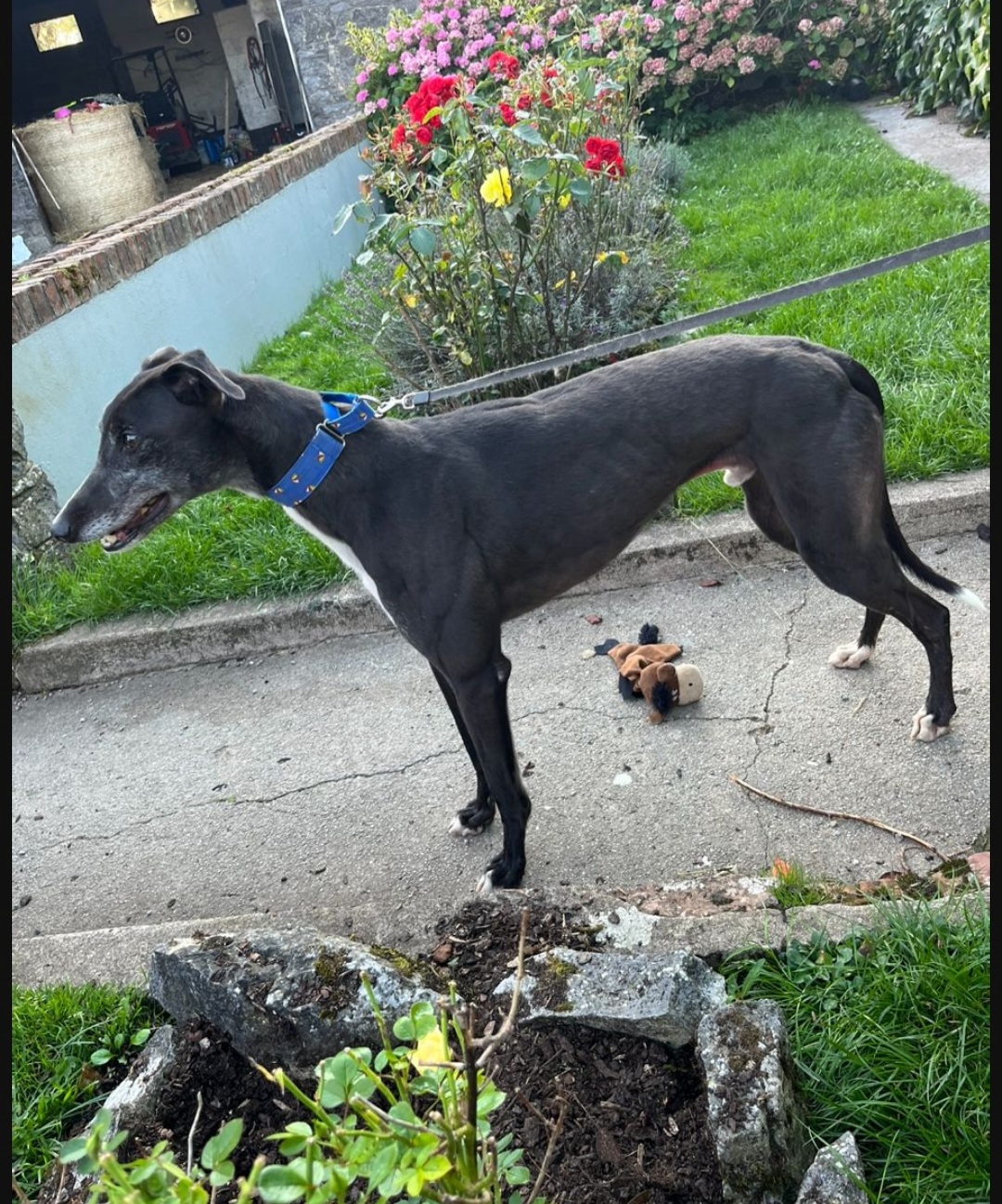